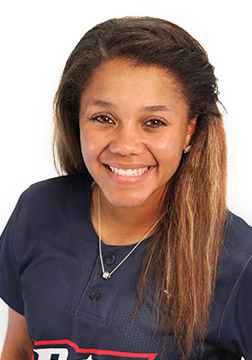 PROFESSIONAL: Enters her first season in the NPF with the USSSA Pride. Stewart was drafted in the 2016 NPF College Draft by the USSSA Pride as the 12th overall pick.

PERSONAL: Born on August 15, 1994 to Chris and Lori Stewart. Has two sisters, Kendall and Caitlyn. Three people she would love to have dinner with: Derek Jeter, Trey Songz and Channing Tatum.  Loves dancing, traveling, and spending time with family. Studied telecommunications at the University of Florida.