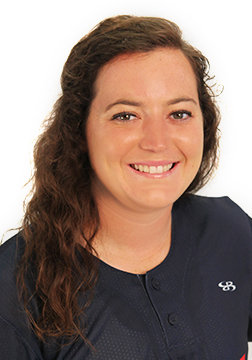 PROFESSIONAL: Enters her second season in the NPF with the USSSA Pride. Named to the 2016 All-NPF team in her rookie season. Nunley was drafted in the 2016 NPF College Draft by the USSSA Pride as the 5th overall pick.

2016 Season: Nunley ended her rookie season with a 6-1 record and posted a 2.82 ERA throwing 60 strikeouts in a total of 54.2 innings pitched. Kelsey kept OBP at and average of .242 and totaled 3 saves on the season. Her performance earned her a spot on the 2016 All-NPF team for the first time in her professional career.

PERSONAL: Kelsey was born on July 10, 1994 to Randy and Jane Nunley. Was voted Most Athletic Girl by high school peers and was a Tennessee Distinguished Scholar Athlete all four years. Her cousin Robby Haddon played football at Texas Tech and cousin Kim Woodlee played basketball at Kansas State. Set to graduate from the University of Kentucky in 2017. Star basketball and volleyball player in high school.