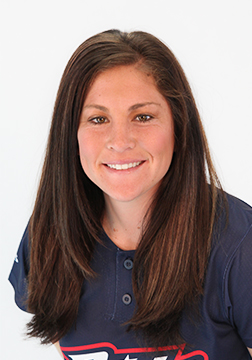 PROFESSIONAL: Garcia is entering her fifth season in the NPF. Garcia started her NPF career with the Akron Racers in 2012. In 2016, Garcia became a free agent and agreed to a two-year contract with the USSSA Pride. This summer marks her first season with the Pride.

2015 Season: Finished her fourth season in the NPF and posted a .158 batting average with 9 hits, 4 runs scored and 13 total bases.

2012 Season: Joined the Racers at the end of July for her NPF debut. Debuted on July 24 in an exhibition game against the Connecticut Brakettes.

PERSONAL: Born February 14, 1990 in Pomona, CA. Jessica has one brother and a sister. Her brother, Jared, played football at Whittier College. Hobbies include playing soccer. Her favorite athlete is Troy Glaus. Loves Mexican food and her favorite movie is Meet Me in St. Louis. Majored in Secondary Education at the University of New Mexico.