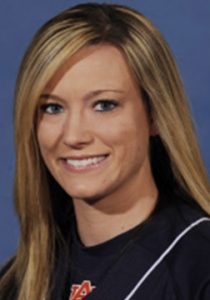 PROFESSIONAL: Bunner is entering her 6th season in the NPF. Angel started her NPF career with the Carolina Diamonds in 2012, drafted 17th overall from Auburn. When the Diamonds folded in 2013, Bunner was picked up by the NY/NJ Comets. In 2014 she joined the PA Rebellion roster before joining the Chicago Bandits in the middle of the 2016 season to become a first time NPF Champion by the end of her fifth season.

2016 Season: First time NPF Cowles Cup Champion. 44.2 innings in the circle as a Bandit, Bunner complied a 2-3 mark while boasting a 3.30 ERA, second best on the Bandits. She maintained a nearly 3-to-1 strikeout-to-walk ratio with 28 strikeouts and an opposing batting average of .286.

2015 Season: Bunner finished her fourth season with a 3.71 ERA and a 1-1 overall record with one save and 6 strikeouts and kept opposing batting average to .271.

2012 Season: Bunner was drafted 17th overall by the Carolina Diamonds. She appeared in 21 games Bunner finished her rookie season with the Diamonds with a 5-8 overall record with a 4.01 ERA and one save in 89 innings of work.

PERSONAL: Born Angel Bunner on November 2, 1989 to Debbie and George Bunner. Angel has one brother, Rudy and one sister, Amie. Graduated from Auburn in 2012 with a history degree.