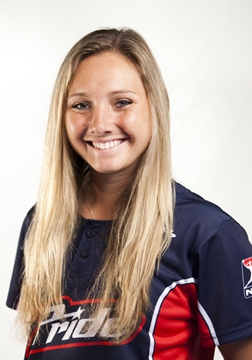 PROFESSIONAL: Koerner was drafted 17th overall out of Notre Dame in the 2015 NPF College Draft by the USSSA Pride.

PERSONAL: Emilee Johanna Koerner is the daughter of Patti and Mike Koerner. Her brother, Matt, played baseball at Arizona. She was a 4-time All-Conference choice and 4-time varsity letter winner at Foothill (Calif.).