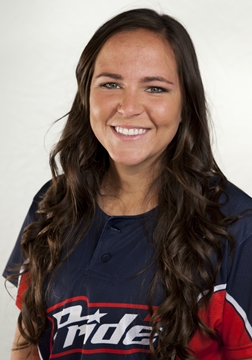 PROFESSIONAL: Chelsea enters her third season with the Pride. Goodacre was signed by the USSSA Pride prior to the 2015 season as a free agent.

PERSONAL: Born Chelsea Kathleen Goodacre on September 26, 1993 to Mark and Renee Goodacre. Chelsea has one brother, Justin Del Mar. In her free time, enjoys hanging out with family and friends and practicing. Graduated from Arizona in 2015 with a general studies degree. Currently volunteers as the graduate assistant coach for Arizona softball.