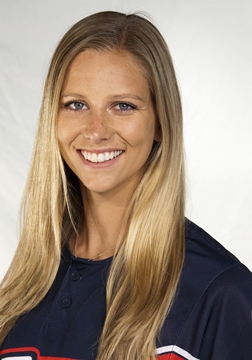 PROFESSIONAL: Shipman enters her second season in the NPF for the 2015 season. Shipman was drafted by the USSSA Pride in the 2014 NPF College Draft as the 2nd overall pick. Her National/International experience includes: 2012 U.S. Elite Team Member, and a 2010-11 U.S. Junior National Team Member.