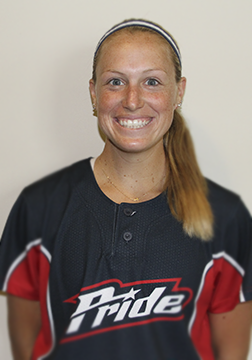 PROFESSIONAL: Shults is entering her 2nd season in the NPF. She was drafted by the Pride in the 2013 NPF Draft in the second round.

2013 Season: In her first season in a Pride uniform, Shults saw action both behind the plate and at first base. Appearing in 28 games, the rookie had 22 at bats, 1 home run, 1 double and a .214 average.