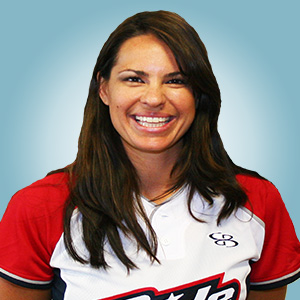 PERSONAL: Born Jessica Ofelia Mendoza on November 11, 1980 to Gil and Karen Mendoza…Has 3 siblings, Alana, Elena, and Walt…Married to Adam Burks…Has a son, Caleb Ashton Burks … Received her Master’s in social sciences and education in 2003…Served as president of the Women’s Sports Foundation from 2009 to 2010…Visited Rwanda in March 2011 as a Global Ambassador for The Girl Effect.

“We’re perfectionists,” she said. “We expect to be good all the time. We just had to loosen up [in the sixth] and take a different perspective. I mean, you just look at all the people in the crowd and realize you’re playing professional softball for a living- it doesn’t get much better than that.”