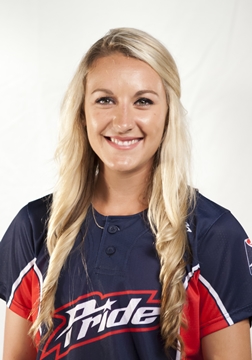 PROFESSIONAL: Enters her fourth season in the NPF. Ceo was drafted in the 2014 NPF College Draft by the USSSA Pride as the 5th overall pick.

PERSONAL: Courtney Ceo was born on November 9, 1991 to Brad and Kim Ceo. Courtney has two older sisters, Britney and Natalie, and one younger sister Stephanie, who played softball at Texas. Courtney majored in General Social Science at Oregon.