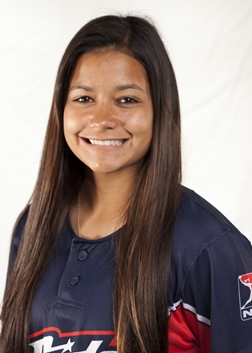 PROFESSIONAL: Enters her 3rd season in the NPF. Del Ponte was acquired in a trade with the Akron Racers in 2014. Hit .243 for the Racers with 7 HR, walked 15 time while stealing 8 bases in 10 attempts and drove in 18 runs.

PERSONAL: Born Brigette Deann Del Ponte to Michael and Elena Del Ponte on February 6, 1991.  Her father is a technician and her mother is a registered nurse. Del Ponte has two older brothers, Michael and Chris, and a younger sister, Natalie. Lists reading, sand volleyball, traveling and hanging out with friends as her hobbies. Majored in general studies at Arizona.  Decided to attend UA because of its proximity to her home, and because of the good team and coaches.