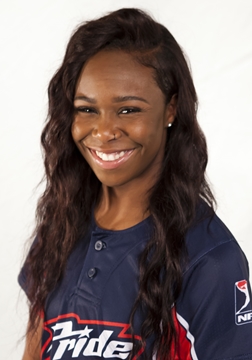 PROFESSIONAL: Washington is entering her second season in the NPF. Breja’e was signed as a free agent in 2014. At the end of her rookie season Washington had the most stolen bases in the NPF with 17.

2014 Season: In Washington’s first season in the NPF, she lead the Pride with an impressive 17 stolen bases and received  the Diamond Spikes Award for most stolen bases presented by Ringor.  Totaled 11 hits and 23 runs scored during the regular season and ended with a .314 batting average and a .933 field percentage.