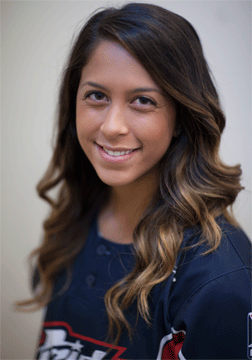 PROFESSIONAL: Luna is entering her 2nd season with the NPF. In her rookie season, Blaire pitched 19.2 innings and had a 2.85 ERA with the Pride.

PERSONAL: Full name is Blaire Elizabeth Luna. She was born Dec. 16, 1990, in Austin, Texas. Blaire is the daughter of Michael Luna and Debbie Matheny and she has two brothers, Bret (32) and Chris (27). majoring in physical culture and sports. While at Texas she had six consecutive Big 12 Commissioner’s Honor Roll selections (Spring 2010 – Fall 2012).