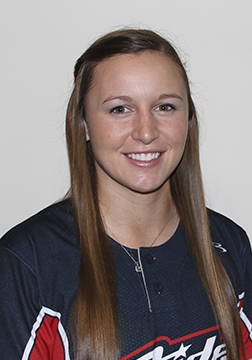 PROFESSIONAL: Peterson is entering her first season in the NPF. Peterson was drafted in the 2014 NPF Draft by the USSSA Pride as the 11th overall pick.

PERSONAL: Alexa Peterson is the daughter of Steve and Tammy Peterson. She has one younger sister, Madelynn. Alexa was a Communication Disorders and Sciences major at Oregon.